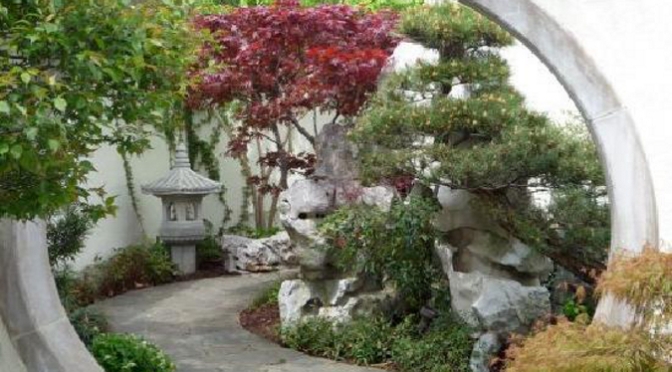 As mentioned in my last blog, Kotojazz 42: Shapes in Design & Music, I visited a number of Chinese gardens which featured rounded garden entry gates outside of Shanghai and Shenzhen.

Historically, the Moon Gate had been relegated to the gardens of the wealthy, as an entry to a special place. The circle is a symbol of perfection in Chinese culture. The Moon Festival celebrates the moon at its fullest and brightest illumination. Today, the Moon Gate is available to everyone. 🙂

Songs about the Moon and the shape of the full moon: