The Japanese health care system is imaginatively and brilliantly eastern- western integrated and yes, supremely “ying” and “yang”. To expand on the document I published with the U.S. – Japan Foundation many years ago, the following describes kampo which is covered by health insurance providers in Japan. Japanese kampo is the study of traditional Chinese medicine that began in the 7th century. While kampo includes acupuncture and holistic wellness, herbal medicine has become the centerpiece of modern kampo. Herbal medicines have been used in China for thousands of years. They have been standardized and manufactured for widespread commercial use in Japan.

The medicinal use of plants was called the Shennong Ben Cao Jingo in China which was compiled around the end of the first century B.C. At the time, 365 species of herbs or medicinal plants were identified and classified. Chinese medical practices were introduced to Japan through Korea during the 6th century A.D. From 608 to 838, Empress Suiko dispatched young physicians to China. In those years, Japan sent 19 missions to Tang, China to research and bring back Chinese herbal medicine to Japan. Today in Japan, 148 different, mostly  herbal abstracts can be prescribed under Japan’s national health insurance system (source: National Institute of Health, https://www.ncbi.nlm.nih.gov/pmc/articles/PMC3114407/). Modern day Kampo is different from modern traditional Chinese medicine (TCM). While TCM incorporates Chinese philosophy such as yin and yang, Japanese campo favors a more scientific approach.

The first volume of the treatise included 120 drugs harmless to humans, the “stimulating properties”. These herbs are described as “noble” or “upper herbs” (上品):

The second volume comprise 120 therapeutic substances intended to treat the sick, but have toxic, or potentially toxic properties of varying degrees. These are tonics and boosters, whose consumption must not be prolonged. In this category, the substances are described as “human,” “commoner,” or “middle herbs” (中品):

The third volume has 125 entries containing substances which have a strong impact on physiological functions and are often poisonous. They are taken in small doses, and for the treatment of specific diseases only. They are referred to as “low herbs” (下品), these include:

Yumoto Kyūshin (1876–1942), a graduate from Kanazawa Medical School, was a key proponent of scientifically interpreting and testing Chinese medicine. His “Japanese-Chinese Medicine” (Kōkan igaku) published in 1927 was the first book on Kampō medicine in which western medical findings were used to interpret classical Chinese texts. The significance of these Japanese publications is documenting the application of clinical trials and empirical data to determine specific chemical properties and their functions within the Chinese herbs.

One such example today is Sho-saiko-to. The Chinese herbal medicine “Sho-saiko-to” is a mixture of seven herbal preparations, which is widely administered in Japan to patients with liver damage caused by chronic hepatitis or cirrhosis. Sho-saiko-to contains

The herbs include such properties as baicalin and baicalein, and saikosaponin which possess anti-fibrogenic activities and the ability to inhibit hepatoma cell proliferation. Clinical trials have been confirmed in the U.S. by Natural Wellness for their SST product – http://www.naturalwellness.com/products/sho-saiko-to-sst.

The following are not connected in any way to sho-saiko-to, but are similarly organic and naturopathic. These herbs and foods are known to be easy on the liver and/or health remedies for the liver:

Each of the 365 species of herbs and medicinal plants and various combinations from Chinese medicine and Japanese kampo are either healing agents, serve as preventive health care, or support ongoing health maintenance.

But don’t forget, there are a range of healthy remedies in standard western herbs which we already incorporate into our daily consumption extravaganzas. The standard cooking herbs pictured here are a healthy supplement to your diet. 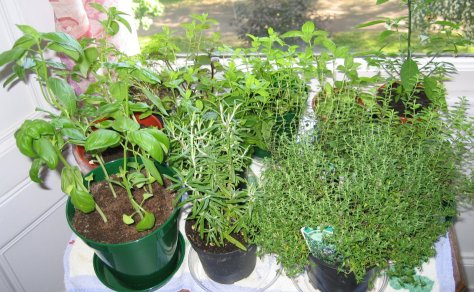 Though published so along ago, I was cleaning out the basement storage the other day, and came upon my only printed copy of US-Japan Foundation/NCSL – Japanese Health Care for Elderly which was published by US-Japan Foundation and National Conference of State Legislatures (1990). I couldn’t find it anywhere. It has been referenced on a number of library websites, but no copy. I realized my co-author Dr. Bill Steslicke and I may have the only copies, along with a few die hard former legislators around the country, so here is a Word doc version. Noteworthy- 1) certain Japanese companies may form their own in-house HMO-style coverage and provisioning. 2) Japanese insurance covers eastern medicine, including but not limited to herbal remedies and acupuncture. 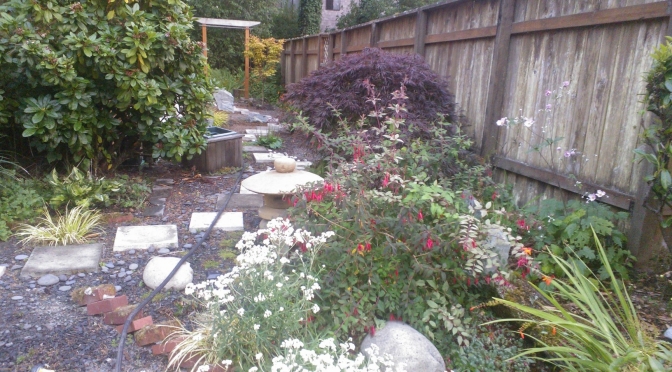 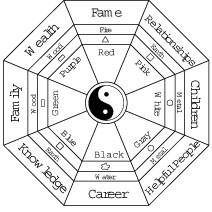 In addition to articles on this KotoJazz.com blog, I have been published on a wide variety of topics in various publications, including an editorial in the Seattle Times, LinkedIn, and Asia Pacific Economic Review.  The National Conference of State Legislatures published two key publications I co- authored about the Japanese Health Care for the Elderly and the status of U.S. statewide health care legislation:

“Aki No Hou”, which means toward the autumn season, is loosely derived by two traditional Japanese Koto pieces – “Midare” (off balance) and “Aki No Koto No Ha” (the sea in springtime). Some of the plucking styles used in “Midare” are used here.

While my tunes have similar patterns to the “Akin no Koto no Ha”, Aki no Hou takes on a life of its own. Ultimately my creation as the final product has little or no resemblance to these ancient Japanese original works. I wrote “Aki no Hou” in the fall of 2014, inspired by the changing seasons, the energetic dynamics of the autumn; the changing colors of trees and plants, the bustling of wildlife in preparation for winter, and the anticipation of settling into its moments of solitude.

For decades, nearly all credible sources, including the World Health Organization (WHO), continue to place Japan as the #1 healthiest country in the world, consistently recording the world’s highest life expectancy and lowest infant mortality rates, among many other statistical categories. Scientists and health experts have asserted this is due to their diet — consumption of omega- 3 seafoods and seaweed. Perhaps, this is part of the picture. In Koto Jazz 24- Waterfalls and Koto Jazz 28- Beyond Prophecy, I explored the spirituality of waterfalls and the connection of spirituality to nature and energy, a crude attempt to describe the relationship between science and spirituality. This journey continues here.

I would suggest that the top contributor to Japan’s world health status is more due to its healthy Shinto spirituality (despite their ongoing depletion of natural beauty in their own country in the interest of development), and the sheer luck of their geography (abundance of waterfalls, oceans, and mountainous country that cannot be developed). Spiritually, scientifically, Japan is a Shinto- spirit filled country that takes seriously the “inter-connectedness” of our body– our body’s spiritual and physiological health– with the Natural world. It is also a country with a highly developed infusion of “Eastern medicine”; a medical community and insurance industry that supports Eastern medicine.

I have explored the health benefits of how electric ions we may receive in the presence of ocean waves, waterfalls, or old growth forests supports our pH balance. If we have a low concentration of electrons in our bloodstream, medically referred to as Acidosis (high acidic pH) (see Acidosis on Wikipedia), being present in these natural environments may increase negative electric ions in our body. An abundance of these negative ions can improve the body’s immune system. In addition to waterfalls and old growth forests (which we have successfully depleted worldwide), alkaline foods such as vegetables and some fruits can contribute to our body’s pH balance, according to Oriental Detox (see link below). Metabolism, the process which provides nutrients to our body and cells, is reinforced by negative ions, while positive ions in our bloodstream weaken our cell’s metabolism and immune system, according to Oriental Detox. High acidity, positive electric ions in the body not only harms our immune system, our body’s ability to protect ourselves from illness, but it also substantially accelerates the aging process.

To circle back to the Shinto worshipful reverence to Nature, it is only in our own personal, individual best interest to heed the call of our own inner, natural attraction to waterfalls, oceans waves, and old growth forests to replenish our bodies with the spiritual, physiological food we need to sustain our lives. Unlike the western approach to being “saved”, we can actually take action in our day to day decision making and choose to care for “the Temple of the Spirit” by giving it the spiritual, physiological food our bodies need.

In a following blog entry, I will propose how the presence of audio music and sounds can provide similar spiritual/ therapeutic/ scientific and physiological health benefits in our lives.